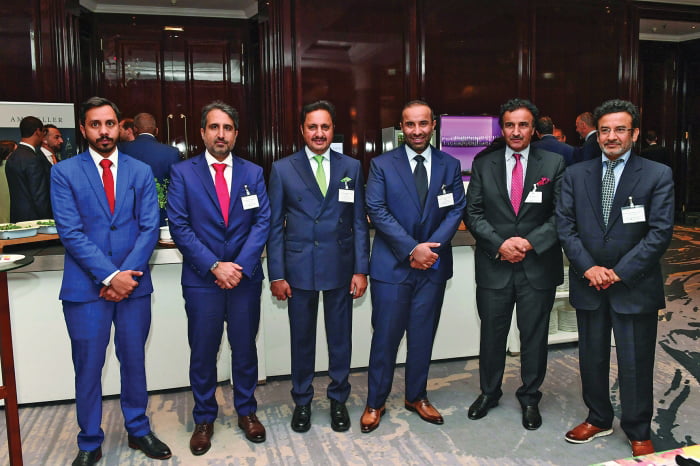 The trade between Arab countries and Germany grew 10 percent in 2021 to 41.2 billion euros, with Arab exports accounting for 12.4 billion euros and German exports 28.8 billion euros, Qatar Chamber Chairman Sheikh Khalifa bin Jassim Al Thani has said in Berlin.
Addressing the 25th Arab-German Economic Forum held between June 21 and 23, Sheikh Khalifa said the Arab-German economic relations have significantly developed in the recent years.
Meanwhile, the trade between Qatar and Germany surged 75 percent in the same year to QR11.2 billion from QR6.4 billion in 2020, he said.
Germany is one of Qatar’s most important investment destinations, Sheikh Khalifa said, adding that Qatari investments in Germany are spread across automotive industry, telecommunications, hospitality, banking services and other vital sectors.
The Arab-German Economic Forum, since its first round and during its successive rounds, has witnessed many developments and updates, which included, in addition to the number of participants and the level of participation on both sides of businessmen, officials, and government representatives, the expansion of research, study, and exploration of various aspects of economic cooperation and ways to develop them, besides viewing the most critical developments and economic transformations, and discussing emerging and modern economic sectors. The forum also contributed to adding new modern measurements to Arab-German economic relations.
The economic forum mainly aims at tightening the economic partnership between the Arab countries and Germany in various economic sectors, whether by increasing trade exchange and the volume and value of goods and commodities exchanged by both sides or by raising the volume of mutual investments, whether those undertaken by governments or by private companies.
The activities of the forum also contribute to exploring new sectors and areas of cooperation, particularly those related to modern technologies and techniques, and working to benefit from them in modernization and economic diversification programs in Arab countries, as well as transferring cooperation in traditional areas and sectors to higher and more intense levels.
In Berlin, the Qatar Chamber also participated in the meeting of the Executive Office and the Board of Directors of the Arab-German Chamber of Commerce and Industry (Ghorfa), as well as its General Assembly meeting.
Sheikh Khalifa headed the Chamber’s delegation to the meetings, and the delegation compromised board members Dr Khalid Klefeekh Al Hajri, Mohammed bin Mahdi Al Ahbabi and Rashid Nasser Rashid Saree Al Kaabi, besides QC General Manager Saleh Bin Hamad Al Sharqi, Director of the General Manager’s Office Mohammed Saad Al Muhannadi and several Qatari businessmen.
During the joint meeting of the Executive Office and the Board of Directors, emphasis was placed on strengthening trade and economic cooperation relations between Germany and the Arab countries, while the General Assembly meeting approved the items on the agenda.
The Chamber’s delegation, headed by Sheikh Khalifa, held several meetings with the participating delegations on the sidelines of the Arab-German Economic Forum, including with Egyptian Minister of Trade and Industry Nevin Jameh, in the presence of Dr Khaled Hanafi, Secretary-General of the Union of Arab Chambers.
During the meeting, the two sides discussed ways to enhance commercial and industrial cooperation relations between the two brotherly countries, encourage mutual investments and the role of the private sector in the two countries in activating these investments in a way that enhances trade exchange.
The two sides also agreed to prepare for the establishment of a joint Qatari-Egyptian exhibition during which the Qatari and Egyptian industries and products will be promoted under one roof, within the framework of activating the tools that can increase the volume of trade exchange between the two countries.