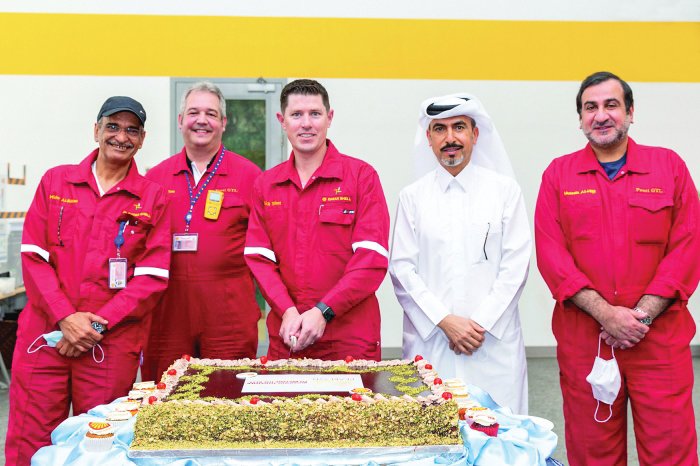 Pearl GTL, the largest plant of its kind in the world, won “Asset of the Year” award by Shell in recognition of its outstanding operational, production, sustainability, and safety performance in 2021.
The prestigious award by Shell, the plant’s operator, recognizes the best organizations and projects in a competitive process that includes all of Shell’s global assets around the world. This is the first time Pearl GTL has been awarded this recognition.
Pearl GTL is a joint development between QatarEnergy and Shell and is the largest single energy project in Qatar’s world class energy sector.
Misfer Al-Bidaiwi, the Vice President of Pearl GTL said: “We are honoured to receive this prestigious award. It is a testament to what is possible in Qatar, where we lead the world in terms of delivery, reliability, and innovation. I would like to take the opportunity to pay tribute to QatarEnergy and its leadership, and to the commitment and dedication of all our teams and individuals who have led to this award. Being able to win such an important and competitive global award is proof of a successful venture.”
On his part, Rick Tallant, the Executive Vice President of GTL and Qatar Shell President said: “This award is yet another proof point that Qatar is the land of achievements and accomplishments. Credit must go to QatarEnergy under the leadership of His Excellency Saad Sherida Al-Kaabi, the Minister of State for Energy Affairs, and the President and CEO of QatarEnergy, who has accelerated the pace for the development of an industry that is the envy of the world. From the QatarEnergy leadership team to Ras Laffan Industrial City management, down to the development and operational support teams, the excellence they drive at Pearl GTL is what led to this award.”
Located in Ras Laffan Industrial City, 80 kilometres north of Doha, Pearl GTL has been generating significant economic value since 2011 and offering excellent development and growth opportunities to Qatari nationals. Being Qatari-led and supported by a highly competent Qatarized workforce, has underpinned Pearl GTL’s performance in 2021.
The gas-to-liquids technology turns natural gas into high-quality liquid fuels, base oils for lubricants, and other liquid products usually made from oil. Pearl GTL is the world’s largest GTL plant, capable of producing up to 140,000 barrels of GTL products each day. The plant also produces up to 120,000 barrels per day of natural gas liquids and ethane.