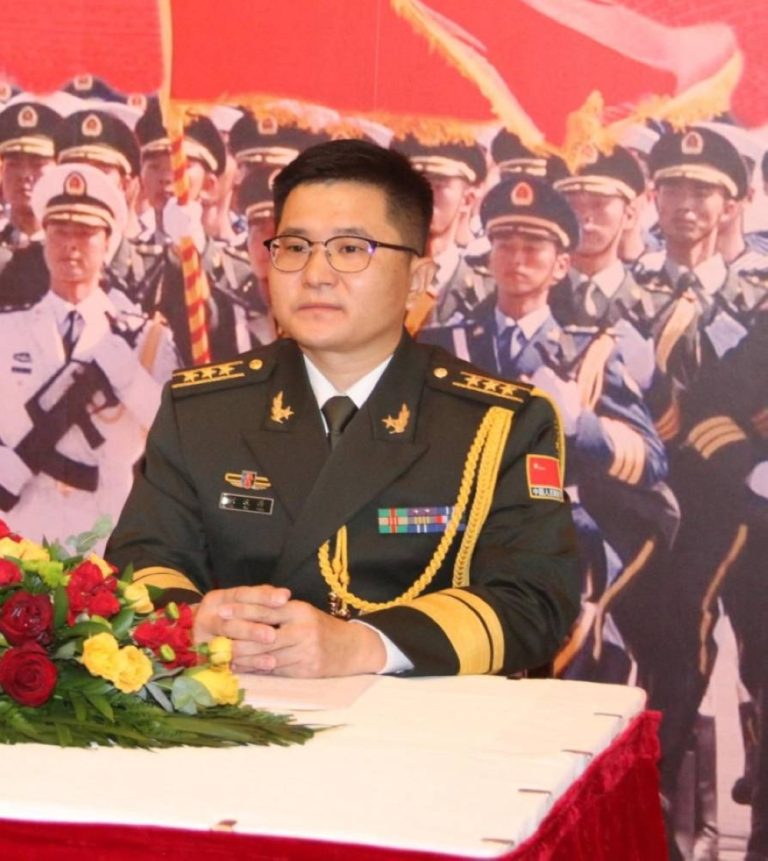 Qatar and China have witnessed rapid development in bilateral ties in recent years and have successfully built a strategic partnership, Col. He Botao, Defence Attache of People’s Republic of China in Qatar, has said. Speaking on the occasion of an event marking the 95th anniversary of Chinese People’s Liberation Army (PLA), he said the Chinese military has participated in security-related work of major sports events including 2008 Beijing Olympics, 2022 Beijing Winter Olympics and other large-scale events.“China is willing to exchange and share the useful experience gained with Qatar on World Cup security, carry out personnel and equipment cooperation, and fully support Qatar in holding this large-scale sport event well,” he said.The People’s Republic of China and the State of Qatar established Defence Attache offices in their respective embassy premises in 2019 as a platform to further military cooperation and exchanges.The Chinese Defence Attache to Qatar said, “The FIFA Qatar World Cup will be a successful, splendid and Arab-style World Cup.” He said that in recent years, under the leadership of President Xi Jinping and the Amir His Highness Sheikh Tamim bin Hamad Al Thani, the mutual political trust between China and Qatar has continued to deepen. “Cooperation in various fields, including the defence sector, has increased. The future holds further promise of fruitful results, rapid development and good prospects,” he said.“Moreover, a number of visits of top defence officials of the two sides, steady cooperation among enterprises of the two sides, as well as Qatari officials’ visits to China on study and training programmes, have helped strengthen bilateral relations.” He added: “There is wide scope for the two sides to work and cooperate in fields like military medical care, training of international peacekeepers, joint research and development programmes, technology transfer, capacity building in maintaining of national security, and building world peace and international order.”Col. He Botao said that in the 95 years since its establishment on 1 August 1927, the PLA has had a history of hard work, reform, innovation, development, growth and outstanding achievements. The PLA, he said, has grown from a small and single branch army into a powerful force with a competent leadership and command system, coordinated and balanced military branches, and advanced weapons and equipment. “Indigenously-built aircraft carriers and nuclear submarines have been handed over to PLA, new aircrafts such as J-20 and Y-20 have been put into use, and the Dongfeng series of missiles has grown stronger and stronger,” he said.He lauded the various roles played by the armed forces personnel domestically as well as at the world level. The PLA has made great contributions in diverse areas from promoting national unity and integrity to development. It has also participated in UN peacekeeping operations and played its role in maintaining world peace with practical actions in line with China’s responsibility as a major country.He said that China is the second largest contributor to UN peacekeeping budget and the largest troop contributing country among the permanent members of UN Security Council. PLA has dispatched more than 50,000 personnel to nearly 30 UN peacekeeping operations including military observers, staff officers, engineers, medical personnel, transportation equipment, security guards, helicopter detachments and infantry battalions despite the huge danger of wars and landmines, harsh and infested environment.Sixteen Chinese enlisted men sacrificed their precious lives for the sake of world peace while carrying out their various tasks including supervising ceasefires, stabilising a situation, protecting civilians and providing force protection and support. They PLA personnel have actively conducted humanitarian assistance work and participated in post-war reconstruction in more than 20 countries and regions around the world, he added.
Qatar tribune