Qatar remains the most peaceful country in MENA 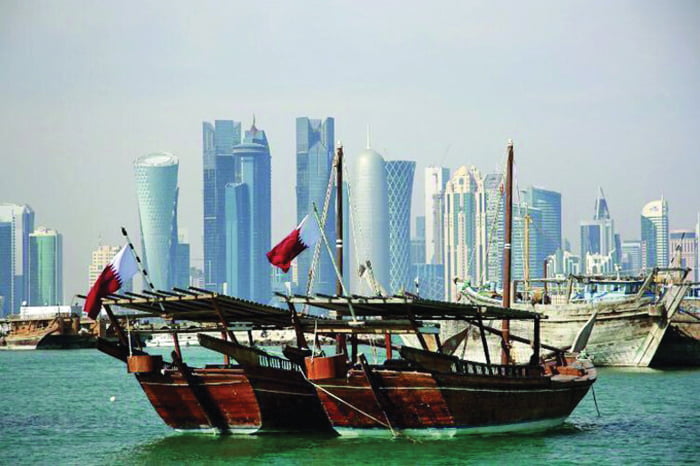 Qatar has topped the countries of the Middle East and North Africa (MENA) region for the fourth year in a row, according to the Global Peace Index Report for 2022.
Qatar ranked 23 globally among 163 countries included in the report, advancing by six places over the previous year and it secured an overall score of (1.530), above many of the developed countries.
The Global Peace Index report issued by the Institute for Economics and Peace (IEP) in Australia and released on June 14, is based on three main criteria, which include the level of safety and security in society, the extent of domestic and international conflict, and the degree of militarisation.
There are other criteria related to the internal and external affairs of countries. Qatar maintained its high rank in several security indicators included in the report, including criminality in society, terrorist activity, homicides, safety and security, organized internal conflicts, terrorism and political stability.
Qatar has maintained its lead in the Middle East and North Africa over the past years (2019-2022), and secured advanced positions at the world level during the same period, by achieving high ratings that outperformed many developed countries.
According to the report, Qatar’s top position in the Global Peace Index in the Middle East and North Africa, and its advanced ranks at the global level, confirms the high level of security and safety that Qatar enjoys, a low crime rate and political stability, in addition to being free from terrorist activities and threats, both internally and externally.
The report says that Qatar remains the most peaceful country in the MENA region for the 15th consecutive year and is the only MENA country to be amongst the 25 most peaceful countries globally. Qatar only deteriorated in three of the 23 GPI indicators in 2022: refugees and IDPs, perceptions of criminality and weapons exports.
Perceptions of criminality have deteriorated in the country, but the overall level of crime in 2022 remains low. Twelve indicators experienced no change in the last year, while eight improved.
The highest improvement occurred in the political instability indicator, which improved by 28.6 per cent, the second largest Improvement of any nation globally.
The GPI also ranked Qatar first in the Arab world and ninth globally in the index of the safest countries and with societal safety, advancing by six global points over the previous year, making Qatar one of the ten safest countries in the world as it outperformed many countries such as Austria, Sweden, South Korea, the Netherlands, Ireland, New Zealand, Taiwan and others.
The Global Peace Index is an initiative to measure the relative status of peacefulness among countries and regions. It is issued by the Institute for Economics and Peace, in consultation with an international team of peace experts, institutes and research centers in cooperation with the Department for Peace and Conflict Studies at the University of Sydney in Australia. Countries are ranked in the index on a scale of (1 – 5) scores, with the most stable country getting a score of (1) and the least stable country getting a score of 5. (Lower the score the more peaceful the country).
The institute issues its reports on peace and the crime rate in the countries of the world annually. The indicator measures crimes that occur in countries. The report takes several considerations in concluding its results in terms of collecting information and opinion polls and carrying out a set of research procedures, followed by analyzing that information and procedures, preparing the results, and then giving countries scores according to those measurements.
The results of the report and other international reports that Qatar positions as one of the safest and most secure countries, confirm that this came as a result of the efforts of the Ministry of Interior to ensure achieving the best levels of security performance, combating crime, protecting life and property, in line with its vision and strategy.
The superiority of Qatar confirms its leadership according to many indicators concerned with measuring the degree of security and public and personal safety, such as the Global Peace Index, the Nambio Encyclopedia Index, the World Internal Security and Police Index, and the Global Terrorism Index, which ranked Qatar in first in the Middle East and North Africa in terms of security and safety.
The Ministry of Interior has witnessed an unprecedented development both on the security side and on the service side. In order to enhance security and facilitate services, the ministry has made significant expansion of all its security and service departments in terms of establishing modern premises for those departments or strengthening them with all new technologies in order to develop and consolidate security work in general.
The development is commensurate with the development and modernisation of the state in order to achieve a good environment for security work and the full performance of the ministry’s mandated tasks and to represent a good and elegant image of the outstanding security performance.
This contributed to achieve greater security, reduce crime, combat crime activities and promote stability for society and its various institutions, providing high-quality services to citizens and residents alike, respecting human rights and international instruments.
The ministry has endeavored to provide its services in a sophisticated manner in line with today’s accelerated and growing world utilizing the telecommunications and information technology. It has made every effort to achieve greater security and combat emerging crimes such as cybercrime and others.
Crime prevention efforts have also extended to follow-up by the ministry’s security departments on social issues and work to find solutions to them in cooperation with the relevant authorities in order to prevent their aggravation and reduce their spread, as well as follow-up on complaints received by the ministry by its various media channels and directing them to the competent authorities.