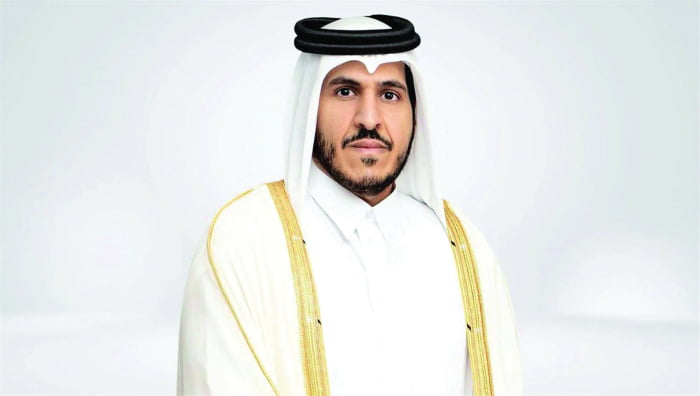 Minister of Commerce and Industry HE Sheikh Mohammed bin Hamad bin Qassim Al Thani has praised the development witnessed by the economic and commercial cooperation between Qatar and the United Kingdom. He said that the relations between the two countries are based on long and solid foundations of friendship and common interests.
In a statement to Qatar News Agency (QNA), the minister added that given the rates of investment and intra-trade, the United Kingdom is one of the most important strategic partners of Qatar. The volume of trade exchange between the two sides increased by about 51.4% in 2021 compared to 2020, reaching about $4.54 billion, which makes the United Kingdom as the seventh biggest trading partner of Qatar.
Sheikh Mohammed noted the increase in the number of British companies operating in the Qatari to 1,119 companies, pointing to the important role that the agreements and MoUs signed between Qatar and the UK have played in consolidating bilateral cooperation frameworks in various fields, especially in the trade and investment.
In this context, he added that the agreements signed between the two sides include an economic, commercial and technical cooperation, an MoU for cooperation in business, trade and technology, and an agreement to avoid double taxation, referring to the agreement to establish a joint committee for economic, commercial and technical cooperation, which was held in its second session in 2018.
Qatar is one of the most important strategic partners of the United Kingdom. There is a determination to strengthen this relationship by launching an annual strategic dialogue between the two countries, where its first round will be held in 2022 in London, to constitute a qualitative leap in the level of close partnership between Qatar and the UK in its various economic, political, security dimensions and other areas of common interest such as those related to development, peace and security, defence, climate change and conflict resolution, taking the approach of working hand in hand as a force mechanism on the international scene.
The figures confirm the depth of the relationship between the two countries, as Qatari gas supplies secure about 20 percent of Britain’s consumption of this vital substance. The total Qatari investments in the United Kingdom amount to about 40 billion pounds, thanks to the joint will of the leadership in both friendly countries, to push the relations to the highest level.
In this context, Qatar stands out among the largest investors in the United Kingdom, as it owns Harrods, the Shard & Canary Wharf buildings in the heart of the British capital and 9 percent of Barclays Bank. Doha also acquired a stake in the London Stock Exchange, in addition to the success of the Qatar Investment Authority in acquiring 22% of the Sainsbury Group of stores and 5.9% of Barclays Bank.