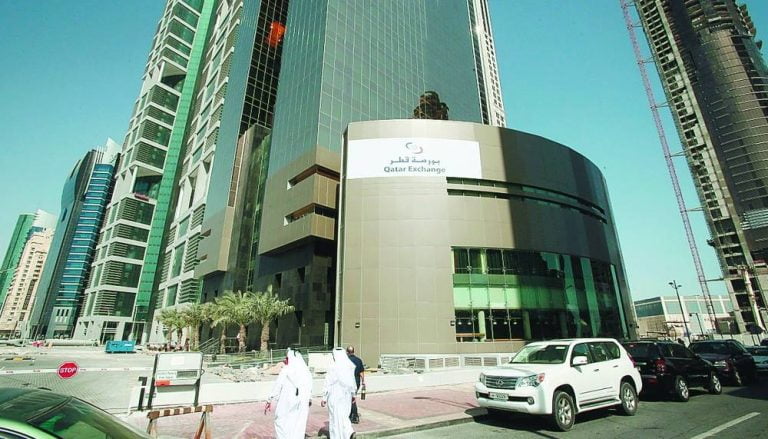 Qatar’s stock market gained for the second day this trading week thanks to strong local fundamentals and company earnings in in the first half 2022.The general index of the Qatar Stock Exchange (QSE) recorded an increase of 99.08 points, or 0.74 percent, to reach 13,469.110 points on Monday.During today’s session, 390.121 million shares were traded, with a value of QR999.856 million as a result of implementing 24,521 deals in all sectors.In the session, the shares of 27 companies rose, while the prices of 15 companies decreased, and three companies maintained their previous closing price.At the end of the trading session, the market capitalization reached QR743.013 billion compared to the last trading session, which amounted to QR734.94 billion.The gain was mainly led by Qatar National Bank (QNB), the Gulf region’s biggest lender, rising 1.4 percent for the day.Out of the seven sector indices, four indices closed in the positive territory. The real estate sector, which gained almost 2 percent on the back of an almost 10 percent rise in Ezdan Real Estate, was the best performing sector index for the day.The day saw Estithmar Holding announcing the signing of a liquidity provision agreement with QNB Financial Services, starting August 1, 2022.Meanwhile, GCC stock markets moved mostly positively thanks to strong local fundamentals and earnings. Markets in the region could, however, feel some pressure from falling energy prices and deteriorating global economic conditions.Qatar Cinema net profit rises 22% in H1 Net profit of Qatar Cinema & Film Distribution Company rose by 22 percent in the first half of 2022 to reach QR1.819 million in comparison to a net profit of QR1.489 million for the same period of the previous year.The earnings per share (EPS) amounted to QR0.029 as of June 30, 2022, against Earnings per share (EPS) of QR 0.024 for the same period in 2021. Qatar Cinema was established in 1970 with a capital of QR 62.807 million.